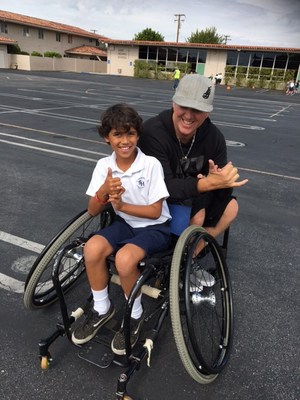 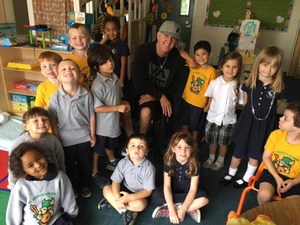 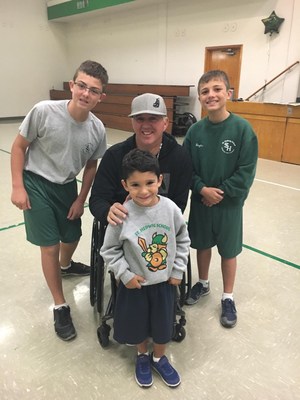 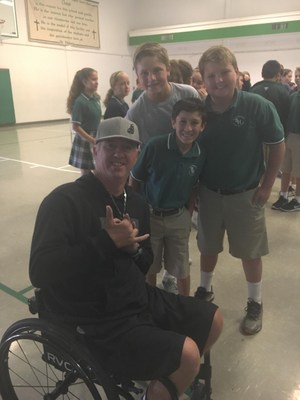 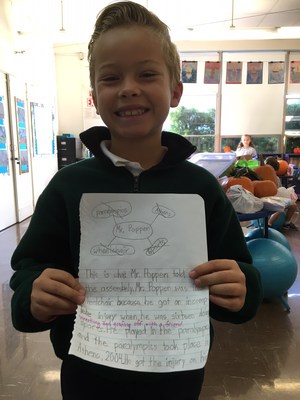 To kick off Red Ribbon Week, Mr. Poppen was invited to Saint Hedwig School to share his life story and inspire students to make good choices and accept others for who they are on the inside. Mr. Poppen's message encouraged students and teachers to never give up. Mr. Poppen is a teacher, author, and Paralympic athlete in two Summer games!
This is what Mr. Poppen told us at the assembly. Mr. Poppen was in a wheelchair because be got an incomplete injury to his spine when he was sixteen. It happened at camp when he was wrestling and goofing around with a friend. He played rugby in the Paralympics and in the Paralympics he took third place in Athens in 2004.  Mr. Poppen told us not to give up when someone tell you to. You can do anything if you want it badly enough. Now you know about Mr. Poppen.
Garin, second grade student