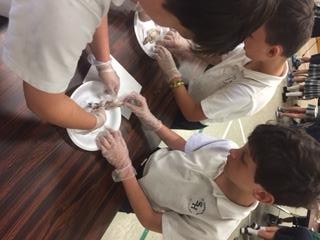 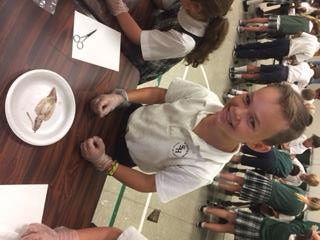 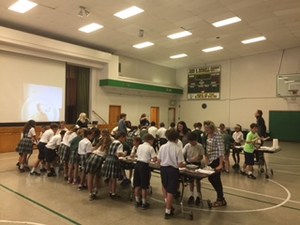 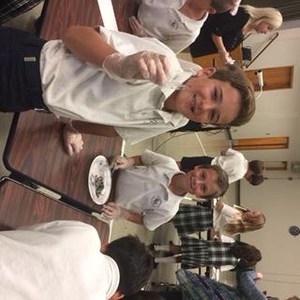 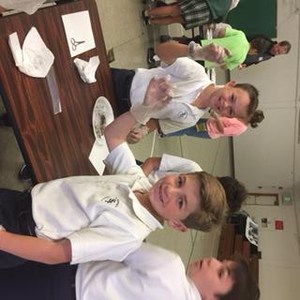 This week, third grade students participated in a squid dissection! Check out some of the students' reflections below.
Today, we conducted a squid dissection. I noticed that their skin is very thick and there are a lot of different parts on their insides. Their skeleton looks like plastic and is very thin. The eye can spit out an ink like substance. Wow! We saw that the ink sack was in the lower part of their body. We used the ink as a writing tool with the skeleton.  - Christopher Canzoneri
In yesterday's squid dissection, I learned that each squid has a bone called a pen. The squid's skin was rubbery and hard so that it can camouflage from predators. My squid also had little flipper like fins to help it swim in the water. It propels itself with them. I love squid! - Liliana Gwizdak
Our class dissected squid and I learned a lot. First, we learned that it has a skeleton. Squid also eat very tiny fish. They have 8 arms for swimming and two arms to help them catch their food. They use black ink to paralyze their prey. Their blood is also brown!
- Jaiden Gutierrez