Celtic of the Month 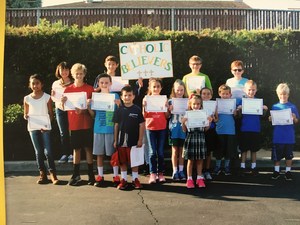 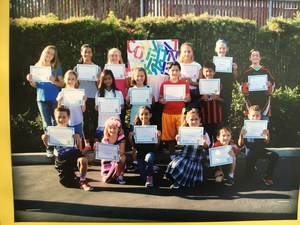 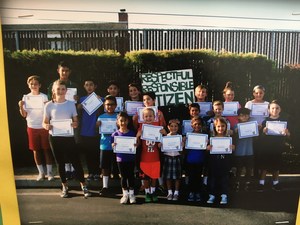 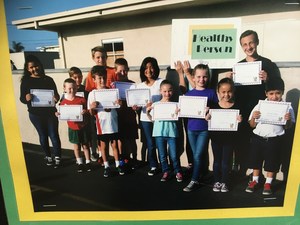 The last week of September brought along with it the much anticipated Celtic of the Month awards. Teachers were proud to recognize many students' achievements in front of the student body. Go Celtics!

Celtic of the Month happens once a month during Morning Assembly. During this special assembly, parents come to take pictures of their honored children. These awards are awarded to students who show the Student Learning Expectations (SLE’s). These include Healthy Person, Respectful and Responsible citizen, Catholic Believer, and Confident Learner. These students are called up by name and our principal also announces which SLE they earned. Some students from each grade will go up, claim their certificate, and sit back down. There can be repeats of the same SLE.

On the back of the certificate will be a note from their teacher about how proud they are of their students’ actions. After all students have claimed their certificate, they go near the lunch tables and get their picture taken with other kids who got the same SLE. There will also be a big sign in front of them stating their SLE. Parents will also get to go take pictures of their children. It’s exciting to see the pictures of the classmates who earn Celtic of the Month with their SLE posted on the wall by the office. I hope I can get Catholic Believer this year because I want to live like Jesus lived.